Your Top 10 Things-to-Do This Alumni Weekend! 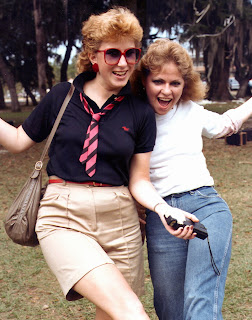 Do you  have plans to come back home for a “Picture Perfect” Alumni Weekend this weekend? If so, you'll be joining hundreds of other alums who are excited to reconnect, reminisce and make new memories at their beloved alma mater.

If you can't attend, but still want to be part of the fun, be sure to participate in our "Then and Now" Photo Contest for your chance to win a UC Prize Pack which includes sweet Bearcat gear to help you 'Rep the C' no matter where you are! But hurry, the deadline to submit your photos is May 16.

So don’t miss a beat! If you're heading back to campus this weekend, here's your Top 10 Alumni Weekend Checklist for this Saturday, May 19, 2012:

Participate in a New Tradition
UC’s Largest Alumni Photo EVER – 1:00

Check In & Win!
Check in virtually and win prizes through our Foursquare Check-In Challenge

Support 1819
Your annual gift, no matter the amount, makes a difference!
Visit the 1819 table and take home a “Picture Perfect” frame.

*Unless otherwise noted, all events take place at the Myers Alumni Center.

Registration is required for some events. Please visit the UC Alumni Weekend website for complete details.

Posted by Proudly Cincinnati at 3:49 PM No comments: Links to this post

UC alumni and friends in the Chicago area have worked very diligently to raise support for their beloved alma mater. In April, Ann Taylor hosted a dinner meeting for 30 members of the close-knit Chicagoans for Cincy group at the offices of Locke Lord. Guests from the UC Foundation, Bill Mulvihill and Jill Nelson, reported that the Proudly Cincinnati Capital Campaign has reached $890,213,656 towards its $1 billion goal...exciting news for all!  Bob Fealy, Co-Chair of the Proudly Cincinnati Capital Campaign and Chair of Chicagoans for Cincy, also noted that the Chicago group has raised $7,708,000 towards its $10 million goal.

Thanks to Tom Gruenwald for entertaining the group and at the same time teaching them a little bit about physics. Tom’s presentation “Expedition to Greenland - Destination Arctic Circle”, included photographs of the magnificent glaciers and stunning scenery taken during his trip to Thule, Greenland during a solar eclipse in 2008.  These Chicagoans truly enjoy gathering to network and celebrate their successes in both their personal and professional lives. If you live in the Chicago area and would like to get involved with this energetic group, please contact Jill Nelson, at the UC Foundation. She'd love to hear from you!

Posted by Proudly Cincinnati at 4:54 PM No comments: Links to this post

There’s No Place like Home: Cincinnati Meets DC and Atlanta

For Jeff Brawand (Business ‘07) and Caroline Page (Allied Health Sciences ‘09), the savory tastes of home to counter their Cincinnati cravings were simple: kickball and cornhole. Just a few years after their first jobs landed them in Washington D.C. and Atlanta, respectively, Caroline and Jeff had remarkably similar ideas for how to reconnect with their alma mater despite the distance between them.

Jeff, who missed the Bearcat tailgating scene in the Lindner College of Business parking lot, guessed he wasn’t the only alum in Atlanta with the same longing for a good game of cornhole. So he decided to resurrect the lost tradition among his fellow Cincinnati Atlantans. He worked alongside two fellow Bearcats to form the very first Atlanta cornhole league in the city, an idea that would catch on and spawn at least two other recreational leagues across Atlanta.

“Even in the heart of SEC country, we definitely represent UC well down here in Atlanta. Plus, it’s really helped form a strong sense of community for Bearcats and Cincinnatians alike,” said Jeff of the league, which purposefully does not discriminate between UC alumni and non-alumni. Since it was formed in 2011, the league has grown from 80 to 120 active team members, serving as a subtle reminder to everyone of their Cincinnati roots. For others, it’s more of an introduction to one of Cincinnati’s favorite recreations.

Allegiances aside, Jeff still proudly points out that last winter’s “Bagstreet Boys” league champions were one of the Bearcat alumni teams. They’ve returned this season as the “Bagstreet’s Back” to defend their title. “It’s definitely nice to see the Bearcats coming out on top,” Jeff joked.

The league has brought local UC alums out of the woodwork, too, including Jeff’s freshman next-door neighbor, with whom he surprisingly reconnected through the league. The league has even grown enough to take on charitable partnerships, most recently hosting two tournaments to help raise more than $17,000 for the Susan G. Komen Foundation and the Leukemia & Lymphoma Society. See the league in action through Jeff’s interview with UrbanPeephole.

With similar intentions, Caroline and fellow Lindner College of Business alum Tim Lolli dreamed up a Bearcat kickball team to help make their get-togethers with local D.C. alums more consistent. While the team has picked up several non-Bearcats along the way (and even converted some of them into Bearcat fans), the founding group of alumni friends has remained constant and even led to new friendships.

“D.C. is a very fast-paced and busy part of the country,” Caroline said. “There’s not always a lot of time to just enjoy one another’s company. That’s something I really missed about the Midwest, and the kickball team has been a great way to strengthen old friendships and make new friends in a new city.”

Fortunately, the kickball team’s gatherings have expanded beyond the National Mall, where the team plays every spring Saturday beneath the Washington Monument. When the group discovered D.C.’s plethora of college-specific bars didn’t include one for UC, they quickly found a home base for Bearcat fans. Up through the basketball team’s victorious trip to the 2012 Sweet Sixteen, close to 40 D.C. alums gathered consistently at the Penn Quarter SportsTavern to cheer on the Bearcats.

For both Caroline and Jeff, what started as a recreational pastime has grown into a social circle. Even with years and miles now separating them from their days at UC, familiar faces and shared memories of “home” are just a kick or toss away.

Jeff’s advice for alums who think this sounds like something their local alumni community needs: “Don’t be afraid to just give it a shot. You can’t fail unless you try.

Email Caroline or Jeff to join their Bearcat rosters or let your Alumni Association help you get your own intramural team started in your city.

Posted by Proudly Cincinnati at 4:15 PM No comments: Links to this post